Mike Brown has organised an emotional blood donation event to mark what would have been his son Oliver’s 12th birthday.

Oliver sadly died of cancer only a few months ago but blood transfusions gave him more time with his family.

On Monday (March 9th), Mike arranged for 33 family and friends to donate at Plymouth Donor Centre in Oliver’s memory.

Oliver had watched his dad donate blood on a previous occasion and was fascinated. Oliver sadly died in October 2019.

Mike, 41, an engineer, himself donated blood and he was accompanied by his wife, Nikki and Oliver’s brother Benjamin.

NHS Blood and Transplant always need new donors, to replace those people who can no longer donate.

In the south west, there is a particular need for young men to register as new donors. Last year, only 39% of the new donors in the South West were men. However men have higher iron levels so they can give blood more often. 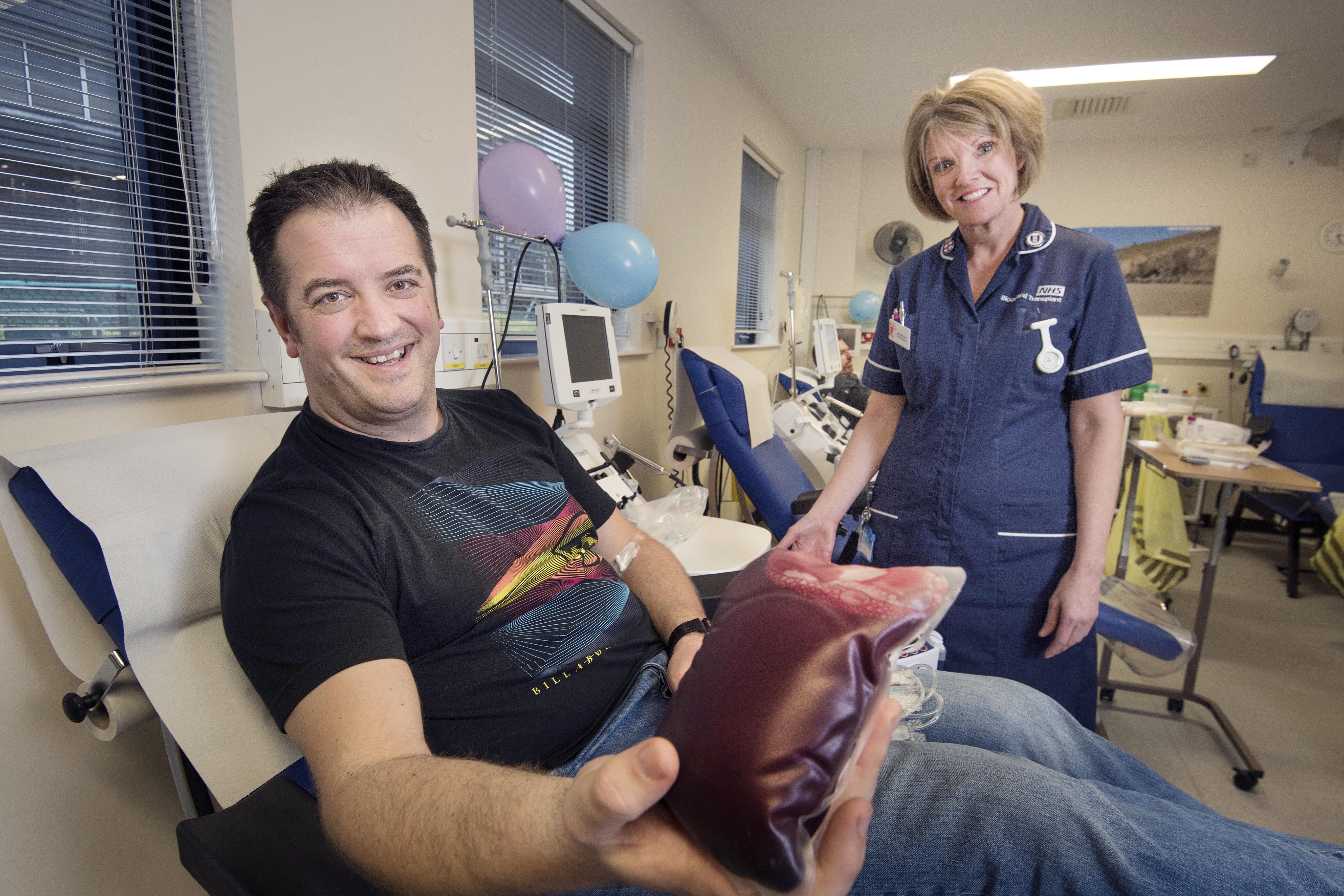 Mike said: “It’s been an incredible day. It’s been lovely to talk about Oliver and we put photos of him on the TVs screens. People were overwhelmed by his story.

“If it wasn’t for blood and platelets we would not have had those extra three years with Oliver. As soon as Oliver got blood you could see the difference. We’re so grateful to everyone who donates.

“Today’s been emotionally tough for us what’s made the difference are the people around us, the staff, the family, friends, strangers. We want to do it again and we’ve booked out the centre for the whole day next year.”

Oliver was diagnosed in 2016 after feeling run down, bruising easily and coughing. He received his first blood transfusion within 24hrs of the initial diagnosis.

An NHS Blood and Transplant spokesperson said: “Both cancer and chemotherapy can reduce your blood and platelet counts.

“Blood donors help blood cancer patients every day and we thank Mike and his family and friends for their amazing support. We always need new donors to replace those people who can no longer give.”