Sabrina Ward, 31, is supporting the Bonded By Blood: A Mother's Story campaign by sharing her and her daughter Aamilah's story. 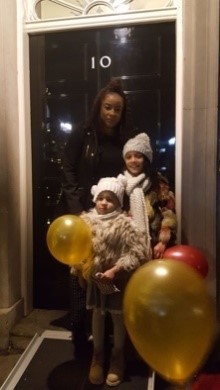 At the age of four, Sabrina's daughter Aamilah was diagnosed with Acute Lymphoblastic Leukaemia - a type of cancer that affects white blood cells

When first diagnosed, Aamilah was placed on the most aggressive course of chemotherapy treatment as the cancer cells in her blood were so high.

Due to the severity of her illness, Aamliah received her first blood transfusions just 45 minutes after diagnosis.

She then, she since received many blood and platelet transfusions as part of her treatment.

Aamilah is now almost two-years post chemotherapy and although she’s not officially cancer free until five-years after chemotherapy, but she continues to thirve.